HELP SAVE THE LONDON INTNL SKA FESTIVAL: Become a patron (2017) 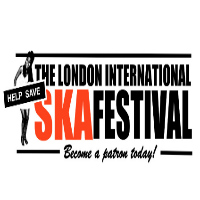 The London Ska Festival is a massive annual event spread across three days every April which regularly features around a hundred bands as well as DJs and films to celebrate all iterations of ska and rocksteady music from its calypso and rnb pre-history, to its Jamaican heyday, the 2-Tone revival and beyond. And it has run for the last twenty-nine years. But this year’s festival may be the last due to that bane of the truly independent festival – funding. Organiser Sean Flowerdew aims to raise the money to pay off a historic debt arising from issues in 2011 and 2012 so that the festival can celebrate its thirtieth anniversary next year via a patrons’ scheme. None of that corporate sponsorship guff – but a truly independent festival run by the fans for the fans. Find out full details and become a patron HERE – David Rodigan‘s on board already. Check out different sides of the festival via the video footage below – The Pioneers at Islington Assembly Hall and the rather more raucous affair that features Christopher Ellis singing numbers originally performed by his legendary father Alton Ellis aboard the festival boat cruise in all its classic, hand-held, pissed-up, smartphone glory.