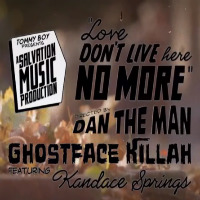 Ghostface Killah‘s new single is one of the highlights off new LP 36 Seasons and the just-dropped video’s a humdinger too! In it, Ghostface alter ego Tony Starks is played by Omar off The Wire who, it turns out isn’t gay after all but has been in prison for ages and the missus is a bit pissed off. To underline how pissed off she is we find out from the hook (sung by Blue Note’s Kandace Springs) how he’s messed with her ‘flow’ and then she stabs him multiple times which, I think you’ll agree is fairly extreme, even for PMT. Lovely slice of seventies soul-tinged boom-bap though.
(Out now on Tommy Boy)

Posted on 22nd December 2014 no comments