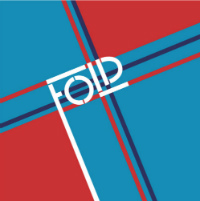 The full-length eponymously-titled debut from Leeds outfit Fold is imminent and finds the band expanding their ‘fit a speech from inspirational public speakers to original music’ model to no fewer than ten tracks. Now, I know you might be thinking, ‘Well all they’ve done is fit inspirational speeches to original music’ but let’s consider both the parts and the sum of them.

Firstly, there’s the music which is all-original and takes in funk, psychedelic rock, the punch of hip-hop and the kind of soulful jazziness which has previously informed the music of the likes of Morcheeba. Then let’s consider those inspirational speeches which are cunningly woven into the beats in such a way that they achieve a sort of Last Poets/ Gil Scott Heron vibe. And then let’s consider that the views expressed have the sort of anti-establishment angle that chimes with the vast numbers of people – especially the young – who have been so shafted by the powers that be in recent years. Many, but not all, of the voices are from the 60s and 70s counter-culture – another era when the young understandably had the right hump with their elders. Thus, for example, we hear John Lennon over blues-tinged soul, Malcolm X over chugging funk-rock, civil rights campaigner Fannie Lou Hamer over more funk rock (this time featuring righteously furious riffage) and Bruce Lee over funky soul-jazz. The whole counter-culture feel is also brought up to date with the likes of Oil-Powered Machine which addresses concerns about the environment.

Excellent musicianship and artful vocal editing enable Fold to sidestep the twin pitfalls of cheesiness and being over-earnest. They don’t overstay their welcome either with the whole thing weighing in at less than forty minutes. However, as with Jeremy Corbyn’s debut Prime Ministers’ questions approach, the speeches-over-music thing is probably not something that will work twice in a row and it’ll be interesting to see where they go next. For now though, sticking it to the man this way sounds pretty good.
(Out 2 November on Fold FM)