FLEVANS: I Got Soul/ Get To It 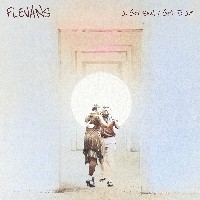 Check out two sides of Flevans on new single I Got Soul/ Get To It which is in digital format, for the forseeable, at any rate so – er – basically two separate digital tracks really. First up is I Got Soul which despite the promising bongo intro might more accurately have been named, ‘I Got Nu-Disco’. A dancefloor winner no doubt, if you like that sort of thing but the monkey is rather more interested in getting to it with ‘B-side’, er, Get To It. Why? Well, it’s the sort of thing you might hear from fellow travellers Skeewiff and harks back to Flevans’ early career with a funky drum and retro vocal loop from what sounds like a French vocalist so you can party like it’s 1998.
(Out now on Jalapeno Records)