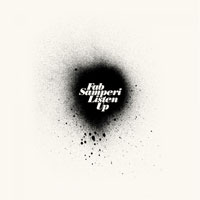 Did you know that ‘Fab Samperi’ is actually Italian for ‘dope groove’? It doesn’t really matter too much as you would have instinctively grasped this fact upon hearing the title track on this release. More or less a cover of Marvin Gaye’s Can I Get A Witness it operates via a funky breakbeat so fast it breaches the drum n bass barrier and yet retains a huge retro vibe courtesy of sixties keyboard sounds, horns and the classic soul vocals from Jonnathan Molina. And, just to rub salt in the wounds of any pretenders to Samperi’s ‘king of retro-euphoric breaks’ crown, the rest of the release consists of a slew of remixes of previous cuts from big names like Basement Freaks, Ursula 1000, CMC & Silenta, The Sly Players. and – er – The Captain a.k.a Fab Samperi…check his bad self remixing himself! A full album follows on 25 March this year. Nice job!
(Out 14 March 2011 on Agogo Records)

(PRESS RELEASE) Right in time before the release of his debut album “POWER BOSSA” on the 25th in March, Fab Samperi comes with this 12″ including a brand new song – which you may know from Marvin Gaye – and a package full of soulful funky beats & breaks remixes by some of the best producers of this sound around…