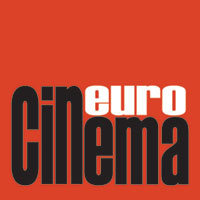 More Eurocinema action soon – no, not that kind – not that kind either. I’m talking about Eurocinema the band who have got retro Blue Note style jazz funk down to a ‘t’ as they revealed on sterling debut LP Ten-4 last year. On this follow-up single they cover the theme to Kraut cop show Der Alte a.k.a ‘The Old Fox’ which has been running so long (since ’77 apparently) that it’s had three different actors play the lead with little sign of its popularity abating. This is the first time I’ve heard of a retro cop show theme being covered and sounding more retro than the original though. But then it’s always 1969 in San Francisco in Eurocinema’s heads.
(Out soon on Legere Recordings)