ESPINOSA VAN DOORNUM: The People’s Theme (No Time To Die) 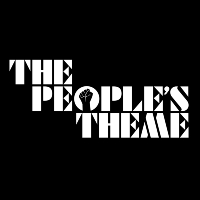 Here’s Espinosa Van Doornum then with the ‘people’s’ theme to new Bond flick No Time To Die. Happily, (as UK readers will know only too well) they didn’t bother to let the people vote on what to call it, or they might have ended up with Themey Mcthemeface. So the fact that this crew went for the straightforward The People’s Theme (No Time To Die) is a mercy really. As is the fact that now the film is finally out it will hopefully mean an end in sight to rampantly speculative filler articles in the media about the next Bond. We’ll also overlook the issue of the band choosing the title which makes it rather less the people’s No Time To Die theme and rather more Espinosa Van Doornum’s. In any case, that’s precisely the kind of decisive, unilateral action that Bond himself would appreciate. But why is this on MB anyway? Could it be that the theme in question has the retro-soulful-cum-jazzy vibes that all proper Bond themes have, along with a suitably smoky-yet-world-weary vocal from Cory D Gibson and is considerably better than the emo-piano-fest that is Bille Eyelash’s official offering? The answer is yes.
(Out now on Fabyl Recordings)