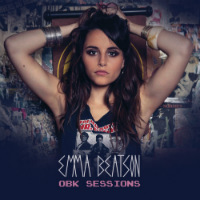 Emma Beatson – that name rings a bell. Ah yes, wasn’t there an exclusive Mako & The Hawk remix of the Hawkmen’s version of her Do It on the last-but-one Craig Charles Funk & Soul Club comp? Yes, there was! Said track found the Parisian chanteuse in fine northern soul-y mode which, as a listen to the preview of the OBK Sessions reveals is not nearly the sum of her talents. The original stripped-back, rock-tinged, soul version of Do It is on there but there’s an array of other musical avenues that she travels down too. There’s a mixture of Badu-ish soul-jazz slowies for example – like the pair that bookend the album, (opener Breathe and closer Beautiful Knight), slinky blues numbers like Beast Blues, and soul-rock of numbers like Love Cannot Be Explained and the afore-mentioned Do It. Is now a good time to mention the covers? There’s a version of Back In Black that feels like a collision of 60s garage rock guitar and sees Beatson develop a saucy growl and psychedelic blues version of Chain Of Fools. Blimey.

Great voice and very highly polished production – could someone famous have a hand in this? Yes, they could. Step forward Madonna-botherer Mirwais! Official release is later this month but since some people have trouble waiting, there is a way to get tracks early doors. There is a snag though – you’ll have to complete a level of specially-created retro arcade game The Legend Of Emma per track. Impatient retro games fans head HERE then, while those of a more chilled persuasion will find the video to the original version of Do It below and have to possess their souls in patience until approximately the end of the month.
(Out soon on Das Ding Records)

Watch more video from the Staff Picks channel on Frequency


Posted on 4th February 2015 no comments