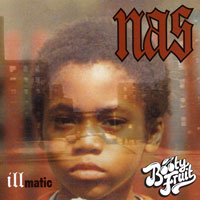 Ghetto funk fruity for your booty here from El Bomba and Hidden Riddem as they re-version the Large Pro-produced classic from Nas’s Illmatic. Essentially it’s a faster and heavier version of the original but with a bridge formed out of a couple of bars of the original at the original tempo in the middle. In other words it’s fast for a bit, then slow for a bit, then fast for a bit. Man, that’s like sex or something. A highly competent remix and not to be sniffed at. Especially when it’s free. Cop it HERE

(PRESS RELEASE)
El Bomba & Hidden Riddim give the classic Nas – Halftime track an almighty Boot up the ass and in the process have created a mid tempo bullet jus for you.

Posted on 23rd November 2011 no comments