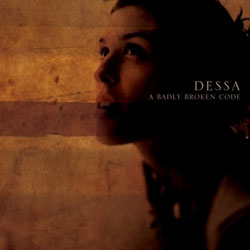 As I’ve listened to The Black-Eyed Peas et al raping hip-hop’s rapidly cooling carcass over the last few years I’ve had plenty of time to consider the possible sources of some sort of miraculous regeneration of the genre – none of which included emo-rap from Minneapolis. So I was a little apprehensive when approaching this solo effort from the Doomtree collective’s Dessa. And sure enough, here were the emo lyrics, the moody, folk-y violins, and the sung rock-audience friendly hooks. In short, the overall effect was of something that could soundtrack The Ghost Whisperer or Supernatural (and for all I know, might already have done) and will probably be listened to by a graphic-novel reading demographic with a penchant for Incubus albums. The thing is though…it’s actually not that bad. Obviously being as how this is emo and all – you have to put up with a few references to Sylvia Plath and childhood trauma and stuff, but there’s really no escaping the fact that Dessa has both what can only be termed a deep and soothing midwestern flow and she is one rapper who can most definitely sing – as she does on most of the choruses and two folky acapellas on this.
Admittedly, if this is hip-hop it’s about as evocative of the Bronx and Compton as a paddle steamer on the Mississippi but another feather in Dessa’s cap is her choice of beatmakers – in this case Doomtree compadres Paper Tiger, MK Larada, Cecil Otter and Lazerbreak. Thus the LP has a coherence that is sometimes lacking when a number producers are employed and all of them, it seems, have in common with the granddaddy of Minneapolis beatmakers (that’ll be Ant from Atmosphere) a penchant for organic rolling breakbeats. Another thing it has going for it is that this is an LP that doesn’t sag in the middle or tail off towards the end – if anything it steps things up a gear at the halfway point and you’ll find most of the best tracks from this point onwards – including album highlight Dutch where the narrator in the song tries (not very successfully) to persuade the listener that she wouldn’t have you for breakfast. You’ll hear a lot worse this year, of that I have no doubt.