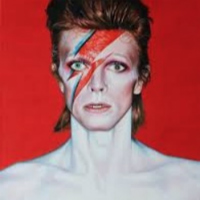 Yesterday saw the passing of another musical legend but while David Bowie’s most famous persona, Ziggy Stardust, may have been all about the glam, let’s not forget he shared a penchant for outrageous spangly suits and boots with George Clinton’s Parliament/ Funkadelic crew. And the similarities didn’t end there for in the mid-seventies our Dave had a funk/soul period during which he covered Eddie Floyd’s Knock On Wood, recorded Young Americans in Philadelphia and became one of the first white artists to appear on Soul Train performing singles Fame and Golden Years. Here, Zemerald commemorates Bowie by realising the latent funky potential in one of the man’s most famous hits through the judicious application of some additional percussion and a bit of chopping and cutting to yield a funky breaks version of Starman. Cop it via the player below – watch the DJ Tanner video edit below that!