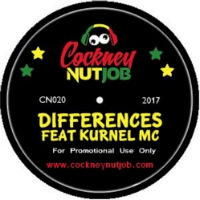 Everyman do ‘is ting a lickle way different and when it comes to their cover of DRS and Kenny Ken’s ’94 junglist cut Everyman entitled Differences, Cockney Nutjob and Kurnel MC do their ‘ting’ about fifty bpm slower inna skankin-midtempo breaks stylee. Also Mr Nutjob’s bowel-loosening buzzsaw synth bass is rather different too. This is perhaps surprising given jungle’s penchant for proto-wobble basslines but back in the day DRS plumped for something rather more simple and subby. Differences, see? Cop it below and try and catch the pair live since this cover was born out of the pair’s desire to have more live material. Take a change of underwear though, obviously.