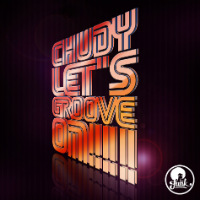 Tutti frutti oh Chudy – it’s long past time for the monkey to get a groove on with Let’s Get A Groove On but unfortunately Chudy’s debut LP arrived in the inbox just as the annual MB summer surf trip to France was getting underway. Which is was sheer bad luck as this is a highly serviceable sixteen tracker (sixteen!) of funky breaks with primetime dancefloor material written all over it.

The Polish producer has made something of a name for himself in the last year or two with numerous releases on Tru:Funk and more recently on his own Funkosol label. Characterised by a smoother sound as a conseqeunce of his use of samples from the seventies, eighties and even nineties, Chudy’s material has also made a virtue of avoiding over-use of wobble bass, something which continues on this. Basically, expect to find a twenty-first century update of the sort of thing that sequin-waistcoated, flare-wearing boys with afros used to dance to in the Soul Train Line with occasional forays into house (gahhh!) (Keep The Beat) something a little more abrasive (Find The Funk, with Warson) the sixties (former single Won’t Stop Trying, with Warson) and Peter Gabriel (!) on bonus free track This Is The New Stuff, again with – er – Warson – who, surely must have his own project in the offing. All in all though, nice work.
(Out now on Tru:Funk)