BROTHER ALI: Own Light (What Hearts Are For)(2017) + Pen To Paper video + ‘All The Beauty In This Whole Life’ LP announcement 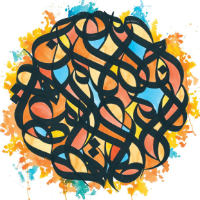 Now then – you’re Rhymesayers legend Brother Ali and you’ve got an album out soon. It only makes sense to put out a single to promote it but you’ve also got a video for another track and an album video promo announcement ready to go to – gahh! Which do you put out first? How long a gap do you leave between each one to ensure maximum exposure? Oh – the PR agony. Alternatively, you can not give a PR shit and put everything you’ve got out there a.s.a.p. (in this case within twenty-four hours) – it seems to be the week for it.

Thus we have the lyric video to single Own Light (What Hearts Are For) on which Ali reminds anyone who’ll listen that there’s a just a teensy bit too much intolerance and mean-spiritedness at the minute. There’s also the album promo on which our gentle rap raconteur notes that he began to record LP All The Beauty In This Whole Life before what he diplomatically refers to as, “some of the new changes in the world” but I like to refer to as a successful presidency bid by a tangerine-coloured, seventy year-old toddler who appears to be a political sociopath posturing as an anti-establishment voice. Oh – and then there’s the video to Pen To Paper – a lyrically biographical track (produced, like all on the LP, by Atmosphere’s Ant) audio-visually interpreted via a single-continuous tracking shot down a dark corridor towards a dark and sinister hooded figure who ultimately lowers his hood to reveal…not the face of Death but Brother Ali instead. And what do you know – we’ve all learned something about how things aren’t always as ominous as they might at first appear. A lesson to us all. Well, mainly to bigots with un-enquiring minds. Of course Ali’s not exactly looking friendly – more serious and concerned. But then you would if your nation’s new leader was a man so fanatical and insecure that he bans voices that disagree with his own and/ or – in one of the classic telltale signs of a sociopath – rabidly accuses others of what he himself is guilty.

Posted on 28th February 2017 no comments