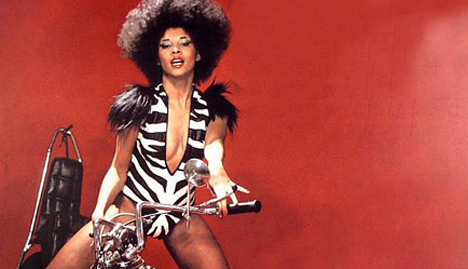 The re-release of the former Mrs Miles Davis’ back catalogue is long overdue though it hasn’t happened properly yet. If you’re uninitiated I’ll explain the rules: if you like funk and you ever see anything with Betty Davis written on it you buy it. Wild child Betty Mabry was a model who turned Miles onto Hendrix (and, according to rumour, turned Hendrix on a bit himself), borrowed some of Sly Stone’s band when Sly went a.w.o.l. and made several LPs of scorchingly filthy rock-tinged funk. These cuts’ll give you an idea and they ain’t even the best stuff she did.
Out now on Light In The Attic US

Listen to Betty Davis – He Was A Big Freak, Don’t You Call Her No Tramp

Posted on 15th December 2008 no comments