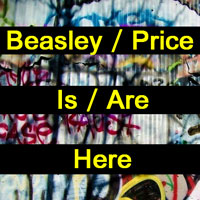 Beasley Price might sound a bit like a high street furniture store (“Did you see – there’s a half price sale on down at Beasley Price?”) but they’re actually former members of Texan funk crew T Bird & The Breaks and they’ve got an LP out called Is/Are Here. The sound on it is somewhere between old school NY electro from the eighties and Muscle Shoals soul from the sixties which ought to put them temporally and geographically (if not musically) somewhere in the middle of the Appalachians in the seventies. You won’t find any duelling banjos on here though. That’s not to say there’s a lack of acoustic instruments alongside the lo-fi programmed beats however for there are plenty of both. There are also a number of guest spots – the first featuring Texan soulstress LZ Love, with Jazz Mills and T Bird himself also making an appearance – all within the first four tracks. I mention this because actually the strongest of these first four tracks is the catchy lo-fi stank (and album highlight) of the Prince-like Best Of Me where the band supply their own vox. Other highlights include the stuttery electro of Mellow American and the swirly clavinet of instro closer I Like It Mellow. Is/Are Here is not at all what I was expecting and probably not what you are either, though having said that, I’ve just told you what to expect so you there’s no need to act all surprised. Check the aptly-named best track Best Of Me below, listen to the whole LP below that and cop it for free HERE: