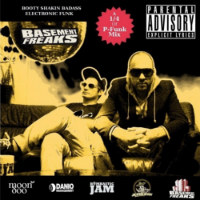 Back in the day eastern Europe was regularly paid visits by Mongol hordes from one direction and then, slightly later on, by the Turks from another – both groups who used to tear through causing all manner of havoc. This year its Georges Fotiadis and Perin a.k.a. Basement Freaks who are both sweeping though the land west of the Urals as well as heading north to the very gates of Vienna and then (in a manoeuvre not even the Turks managed) through and beyond. It’s the 2015 Basement Freaks eastern European mini-tour of course which reprises their 2013 visit. Naturally it’s all about baselines and the dancefloor rather than rapine and slaughter. Download their A Quarter Of P promo mix off the player below; find promo vid and tour dates below that.

Posted on 15th February 2015 no comments