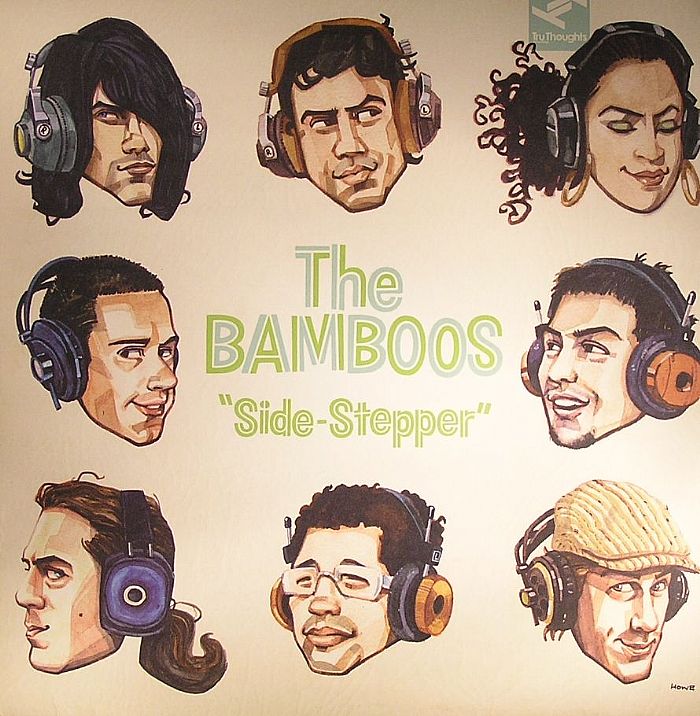 I dunno whether the fact that they’re based in Melbourne means that The Bamboos are the world’s southernmost funk band but they definitely head north on a couple of tracks on their third studio LP Side Stepper. And when I say ‘north’ I mean in the general direction of the Wigan Casino circa 1973. Yes, that’s right folks – the deep funkers have gone for a northern soul direction on instrumental opener Nightsport and the Kylie Auldist-featuring Now That You Are Mine. As a consequence, anyone stoked by Amy Winehouse and Mark Ronson’s cover of Valerie should probably stop reading now and go and make a purchase as they’ll definitely be feeling these. Lest the fear set in for the rest of you, let me assure you that the rest of the album is funkier than a mosquito with James Brown’s unwashed pants covering its tweeter. Second track Now That You Are Mine is another of three tracks featuring the gorgeous vocals of long time Bamboos cohort – Melbourne soul sister Kylie Auldist and is a soaring slice of funky soul. Auldist also appears on the seventies soul pastiche Make It Real while the band hook up with another female vocalist – the angel–voiced Megan Washington on recent storming single (and Kings of Leon cover) King Of The Rodeo. This is one of the highlights of the LP – as is that single’s flipside – Can’t Help Myself, a dope slice of super-tight uptempo funk, punctuated by organ stabs and London rapper Ty’s party-starting lyrics – along the same lines but altogether more successful than the last LP’s collaborations with Ohmega Watts. The final vocal team-up comes with the falsetto Curtis Mayfield-style approach of Paul MacInnes and definitely brings white safari suits and seventies cocktail bars to mind. The remaining four tracks see the band absolutely killing it with the funky instrumentals for which they are renowned and are a showcase for the talents of drummer Danny Farrugia – a man who must have forearms like Popeye. You might have expected third time around that they would be running short of ideas for instrumentals but you can put that thought to bed when you first hear Funky Buttercup whose northern soul intro misleadingly gives way to ska, then back to a bar or so of northern soul before the funk kicks in. And that’s more than appropriate really – because, after all, the funk ‘kicking in’ is what it’s all about isn’t it? If your answer’s in the negative – you’re on the wrong site.
Out now on Tru Thoughts
Buy Side-Stepper @ Amazon.co.uk

Listen to The Bamboos – Sidestepper

Posted on 9th October 2008 no comments