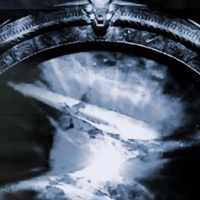 Jedaprin‘s beat for Atma‘s new one opens with portentous bells and promptly goes heavy on the epic orchestral human voice samples. It’s exactly what you’d expect of a track called The Portal Of The Immortals though it does tend to remind you of Carl Orff’s O Fortuna a.k.a the classic Old Spice theme. Not that that’s ever held back the likes of Jedi Mind Tricks and Ill Bill which is very much the vibe here. Guest emcees Chief Kamachi and Lone Ninja are on hand to to ensure solemnity – though frankly the pair of them could rap over the Sesame Street theme and imbue it with gravitas.
(Out soon – presumably, though you can never tell when ninja and their associates will show up – on Bizzaro Records)

Posted on 10th September 2015 no comments