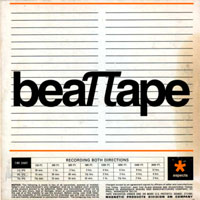 Hello…Bristol-based hip-hop crew Aspects are back with a free download produced by their old buddy DJ Format. Cue a fat and funky neck-snap bassline and a crashing hi-hat-saturated break. Lest you should doubt that the boys’ English is still correct, leading the vocal charge is El Eye himself – Ian ‘Dirty’ Merchant (“I’ll eat your features like a Jeeper Creepers creature/ And then delete you quicker than a friend request from Mika”) with Bubber Loui and Probe Mantis tearing into the fray mere bars behind him. Yep, still got it. Or as they put it, they “got the voice, the style, the delivery…Cop it below.

PRESS RELEASE
Aspects released their debut album Correct English to critical acclaim in 2001. The album featured the singles “Best Music” (also containing “Intrigue” remixed by DJ Vadim) and “My Genre.” On its release “My Genre” became Single of the Week in the NME. The group gained international exposure with the song and the accompanying video was rotated on BBC Radio 1 in the UK and MTV Europe respectively. At this time the group appeared on and recorded exclusive radio sessions for Dan Greenpeace and Zane Lowe, Steve Lamacq, Tim Westwood and the late John Peel among others. The title track and third official single, “Correct English” never appeared on the album but was released as a double A side (along with “We Get Fowl”). It is a collaborative track with Task Force. In 2007 Hip Hop Connection magazine (issue 214) ranked Aspects’ Correct English #28 in the 50 Best British Albums Ever.

After their original stable Hombre Records folded, Aspects were signed to Antidote Records a subsidiary of Sanctuary Records. They released their sophomore LP Mystery Theatre? in 2004 along with singles for “Impact” and “Off The Lip” which entered highly on the UK Indie Chart (#16) and at #80 in the UK Top 200. “Off the Lip” is a “Surfin’ USA” for the UK Hip Hop generation” according to a review published in The Independent, “making them one of only a handful of UK acts to produce genuinely original Hip Hop.”

In 2004 while travelling to undisclosed island in the Indian Ocean, Aspects private jet encountered strange weather conditions and dissappeared.