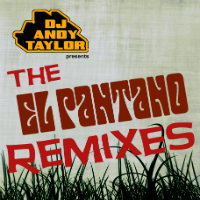 It seems like an age since we’ve had a Wass Record release but the wait is over with the arrival of this package of remixes from Andy Taylor‘s nufunk/party breaks affair from last year, El Pantano. In the intervening months, an assortment of producers have been working on sparkling new reworkings of some of Andy’s choicest cuts in much the same way as an assortment of politicians are currently working on sparkling new reworkings of the relationship between Andy’s native Scotland and Westminster – the key difference being that Renegades Of Jazz, Voodoofunk, DJ Clairvo and Daytoner have all delivered. ROJ unleashes two versions of poseur critique Mayfair Slums that have more swing than a debate over independence, Voodoofunk manages a rerub of Samba Stylin’ that is more party than New Year’s Eve in Edinburgh while Clairvo and Daytoner manage quality reinventions of Soul Rep different enough to be on either side of a debate. It’s a ‘yes’ then.
(Out 3 November on Wass Records)