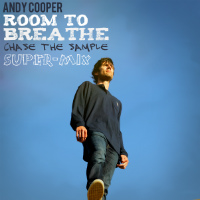 Blimey! Ugly Duckling’s Andy Cooper has only gone and done a ‘Chase The Sample’ Supermix of his recent solo 45 Room To Breathe starting with the JB drums sample and then whipping through any number of classic funk/ hip-hop breaks. If you want a free digital copy – all you have to do is sign up for Andy’s eartothetrack blog HERE. Easy as one, two, three!

If you want a free seven inch (I know!) all you have to do is be one of the first three people to contact Andy via Facebook, name all the samples from 0:22 to 3:30 and ‘explain’ the chain i.e. the connection between each consecutive sample. Andy even starts you off saying:

Well! He’s practically done the work for you.

Posted on 23rd February 2016 no comments