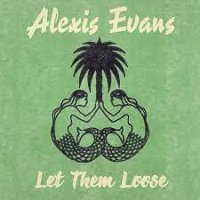 Bordeaux got soul! Say hello to Alexis Evans whose new long player, Yours Truly, debuts on 3 February. Before that however is new single Let Them Loose and hot damn if our man doesn’t fully unleash the funk. The track opens with massive squelchy wah-wah motif that nods to funk standard Simple Song before going into full New Orleans/ Allen Toussaint funk mode with a rhythm recalling The Meters’ Message From The Meters and lyrics about getting down on the dancefloor. Which this will have anyone within earshot doing. Let Them Loose is the third single to be released ahead of the new album’s arrival and like both the previous singles and the rest of the album draws inspiration from classic 60s and 70s soul. Keep your ears peeled for the drum break!
(Out 20 January on Record Kicks)