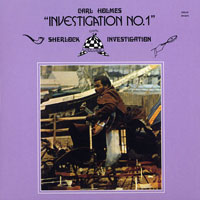 Tramp’s run of triumphs continues as the German label underlines its reputation for re-releasing quality rare-as-fuck funk and soul once more – thanks to the talents of label owner and groove detective, Tobias Kirmayer. The career of Carl ‘Sherlock’ Holmes’ began in the early sixties with Carl Holmes & The Commanders, a group which disbanded in 1966 or thereabouts after a short END_OF_DOCUMENT_TOKEN_TO_BE_REPLACED 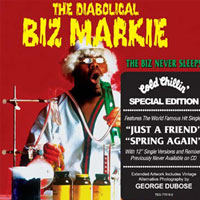 The Biz never sleeps, nobody beats the biz, and – as he once rapped, “You all know me as the B-I-Z/ I rock a microphone most definite-ly.” Yes, it’s a re-release of the Biz Markie the ‘clown prince’ of hip-hop’s second album – the 1989 classic The Biz Never Sleeps which went gold the first time around when it was released on Marley Marl’s Cold Chillin label. It’s the one with Just A Friend on and comes END_OF_DOCUMENT_TOKEN_TO_BE_REPLACED 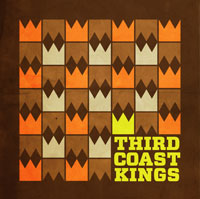 Record Kicks’ current funk champions Third Coast Kings have an album out and it’s called Third Coast Kings. No messing around there then. The twelve tracker from this modern Motor City funk crew takes its references from the early seventies and sways between hard-edged cop show wah-wah cuts like Cop It Proper and Case Quarter and vocal soul burners like Tonic Stride and END_OF_DOCUMENT_TOKEN_TO_BE_REPLACED 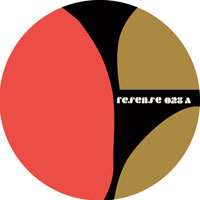 Damn! This is the best Resense 45 since the last one featuring Panama Cardoon. On it Cardoon’s feeling ‘roll’ which you can take to mean pretty smug with himself once again as he blends Mr Scruff and Wayne Marshall for a guaranteed hands-in-the-air, boom-bap bounce drenched in organ riffs and island vibes. But hang on – has Sono Rhizmo END_OF_DOCUMENT_TOKEN_TO_BE_REPLACED 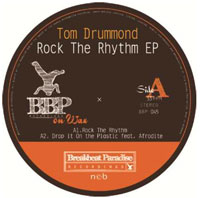 Oz beat fiend Tom Drummond’s latest is the Rock The Rhythm EP on which he delivers four cuts that buck current ghetto funk trends by daring to venture into the sub-120 bpm arena. Below 120 bpm? Good god – you might as well be sat down for that right? If your answer’s ‘yes’ then think again as TD turns Tags’ obscure psych-funk version of Get Out My Life Woman into a 105 bpm funky breaks END_OF_DOCUMENT_TOKEN_TO_BE_REPLACED 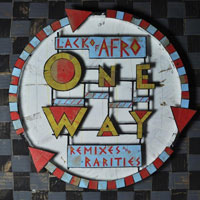 One way – Remixes & Rarities – Sampler is the five track taster for the full One way – Remixes & Rarities LP out at the end of next month. With it Lack Of Afro flies in the face of music tradition whereby instead of releasing the shitsack of filler which constitutes most artists’ idea of ‘remixes and rarities’ as they ‘fulfil contractual obligations’, he drops some of the best stuff I’ve ever heard off END_OF_DOCUMENT_TOKEN_TO_BE_REPLACED 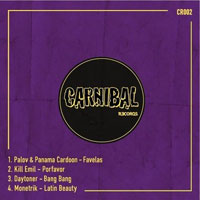 The carnival continues as the Carnibal Records 002 float appears on the horizon. This time around things are ever so slightly more chilled – you know – it’s still a party but they’ve had a rum or two. Thus Palov and Panama Cardoon, Kill Emil and Monetrik all have a gentle shimmy through their latin music collections in a way that calls gently to the hips – which, as you know, never lie. However, it’s Daytoner who showboats around like the carnival END_OF_DOCUMENT_TOKEN_TO_BE_REPLACED 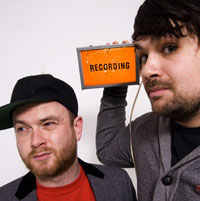 The Allergies is the new dj/ production project from Bristol DJs Moneyshot and Rackabeat and they’re on a mission to, “bring that vintage sound of sampled funk, psych, hip-hop and rock back to the forefront of club music…[and]…breathe new life into the finest dusty old records.” They must have been reminisicing over how it was back in the day or something. Coincidentally, by way of promoting END_OF_DOCUMENT_TOKEN_TO_BE_REPLACED 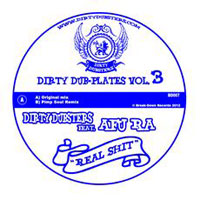 In which the prolific Dirty Dubsters drop yet another monstrous reggae/ hip-hop hybrid by working their bass magic on the evergreen Stalag Riddim, inviting DJ Mek to pull out his best cuts and getting Gang Starr/ Jeru Tha Damaja homie Afu Ra to spit some ‘real shit’ on top. Which he does. Then, over on the flip, Pimpsoul gives it END_OF_DOCUMENT_TOKEN_TO_BE_REPLACED