Everybody knows if you ride waves you got the most steez so it should come as no surprise that the world’s coolest underwear is designed by a surfer. Catering for both the boys and the girls, Pull-In originated in French surf-city (well, town) Hossegor but has exploded globally of late and has opened stores in L.A., New York and Paris – and they’ve got a new winter range out now. It might cost you an arm and a leg but it’s a sacrifice worth making and anyway, as my mate used to say, ‘You can’t put a price on style’. Hit links below image to see the rest of the range at the pull-in.com store.

Posted on 30th November 2008 no comments 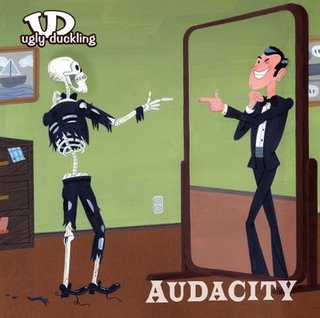 When Wile-E-Coyote inadvertently (and inevitably) runs off cliffs in his admirable but continually doomed pursuit of Roadrunner he still always manages to cover a few yards after the ground has run out. Ugly Duckling would be like Wile-E-Coyote but for the fact that they actually have the ability to keep going. And going. It’s not so much that they haven’t realised the ground has run out – more that they don’t care – the band’s self-awareness of their status as old-school hip-hop geeks is a theme they’ve never shied away from. And more power to them if they continue to produce retro-hop of this quality, because the simple fact of the matter is that every couple of years UD quietly put out a well-produced, humourous LP of party cuts.

First track I Won’t Let It Die is based around a filtered wah-wah loop previously used by NYC filth-mongers The High & Mighty on their track Dirty Decibels but Einstein has upped the bpms, added a dash of brass (obviously) and replaced leaden percussion with a heavily syncopated funk break. Andy C and Dizzy then spend 4 odd minutes exploring how, despite being told, “Wake up! That’s yesterday”, that they can’t ”Let it die.” Although apparently a rhyme about resilience and self-belief in general, it’s tempting to see it as referring to their ceaseless compulsion to pursue the sound of 1990. Unusually there’s a bit of an edge to this one as if they’ve grown beyond the cartoon-personae of previous releases. The Takedown initially comes over as typical UD fare – at least the brass hook would suggest this – but Einstein plumps for ‘87 as his inspirational year of choice for large chunks of a track which appears to be lyrically about stress management. Next up is the big-band-swing sampling title track – a pretty self-explanatory look at confidence and it’s at this point I’m starting to think UD’s relentless touring schedule has had devastating psychological consequences. As if to bear this out they’re on a downer again with Falling Again and the whole LP begins to seem like it’s going to lyrically alternate between being an Ugly Duckling self-help manual and a confessional.

Things lighten up with the DJ Einstein scratch-trumental Einstein Do It, a turntablist tour-de-force which never descends into deck-wanking or forgets that hip-hop started off by being about the dancefloor. The Lonely Ones uses sweeping spaghetti-western orchestral samples and (like many of the tracks on this) a pretty-accomplished sung (rather than rapped) pop-hook. Skit Pay Or Quit lightens the tone, and Right Now sees Andy C and Dizzy toy with indecisiveness while Einstein toys with your ears, digging deep in the vintage funk. Finally Oh Yeah is back on the self-help tip.

A lot less wide-ranging in terms of lyrical themes than previous releases, Audacity is not perhaps quite as immediately accessible musically as some of the band’s back catalogue either. Yet in this respect it avoids qualities that the less charitable might refer to as ‘saccharine’ – and in any case I suspect that it’s a ‘grower’. Despite some pigeonholing and some even more criminal overlooking, UD are a band who always change it up in some way and even if Andy and Dizzy are slightly less happy bunnies than they have been – their humour remains intact and whatever’s been going on in Einstein’s head since Bang For The Buck has brought new subtleties to his always superb production. It might not be perfect but Audacity is more sophisticated, more mature and more serious than previous work and if you were a lazy music journo you might well end a review of it describing this band’s latest LP as ‘audacious.’
Out now on Fat Beats
Listen to Ugly Duckling – Audacity

Posted on 27th November 2008 no comments

PARKER – The Butler Did It Mix – Promo Video 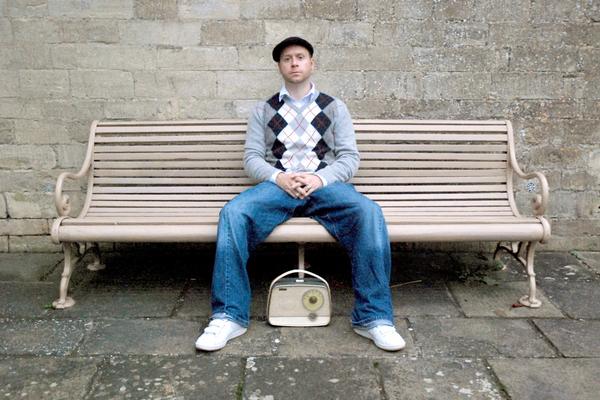 Parker on the cut y’all! The Bristol bass DJ’s got a new promo out for his The Butler Did It Mix and judging by it, if he’s playing you wanna be down Native.

Posted on 26th November 2008 no comments 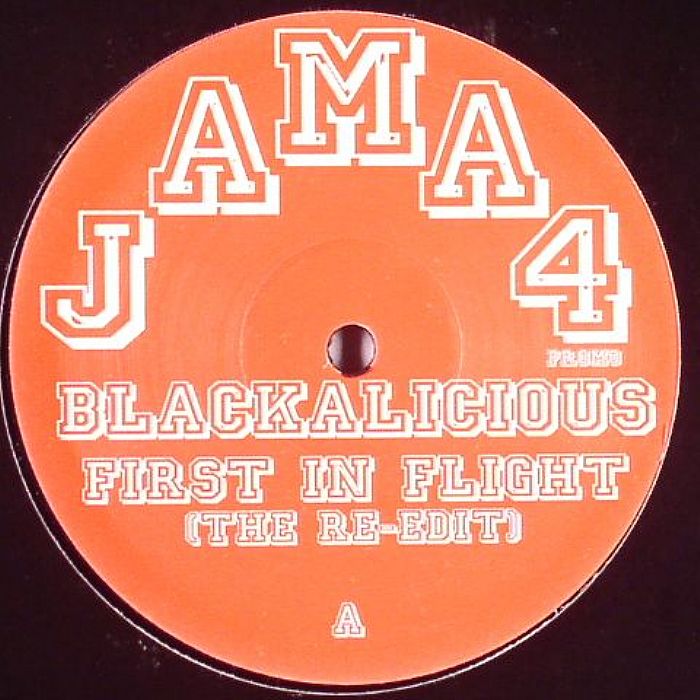 The Blazing Arrow album was the first time I saw signs of the hitherto teflon-coated pairing of Chief Xcel and Gift of Gab start to fall off. Why this bland brace of tracks has been re-edited and re-released from said LP therefore remains somewhat of a mystery, allowing us all, as it does, to see that a turd may be polished in more than one way but it still remains a turd. Harsh, possibly – but these two are capable of far greater things.
Out now on Jama.

Listen to Blackalicious – First In Flight 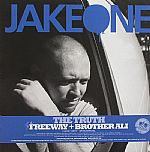 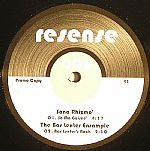 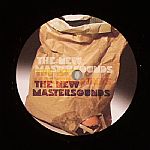 The New Mastersounds often get compared to The Meters – somewhat unfairly as their repertoire contains many features entirely un-reminiscent of the funky kings of New Orleans. Having said that, they do little to quell such comparisons with this mid-paced instrumental highlight from recent LP Plug & Play – for Hole In The Bag is a fat nugget of organs, wah-wah and clattering drums if ever there was one – and sees the band do their best Meters impression to date. So much is this the case in fact, that should Cyril Neville and co. ever hear it they’ll be swearing on their mum’s lives that this is a long lost cut off 1969 classic The Meters and doubtless wondering how it ever got missed off the final mix as they scratch greying afros.
Out now on Etage Noir Austria.

Listen to – The New Mastersounds – Hole In The Bag 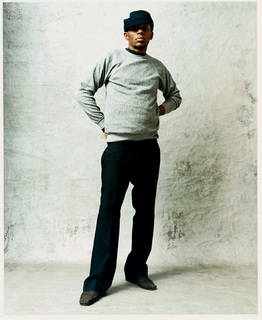 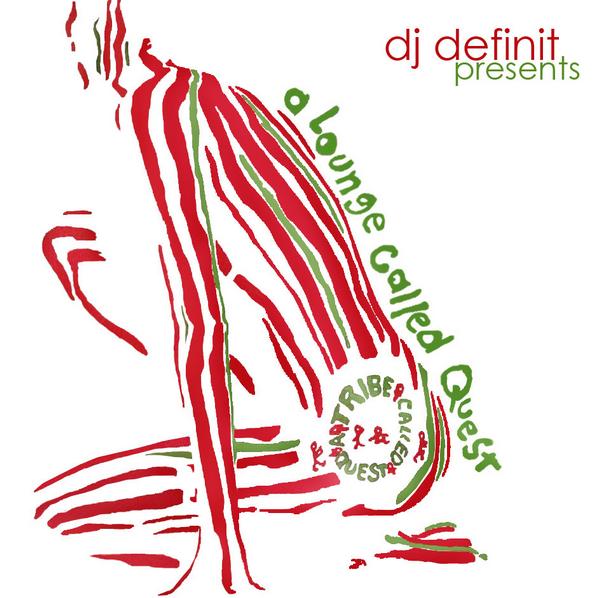 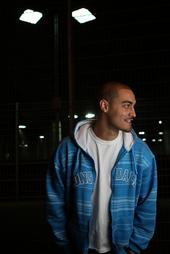 In My Lifetime (download here) is the first official single off UK MC Lowkey’s new LP Dear Listener and features Wretch 32 of The Movement. The track is produced by Quincey Tones one of the UK’s most prominent hip hop producers, best known for his recent collaborations with US underground mainstays EMC (Masta Ace, Wordsworth etc…) and internet hit Ma Money feat L’il Wayne, Talib Kweli and Royce Da 5’9.

His first official album, ‘Dear Listener’ is an extremely honest and distinctly fresh project, laden with world class production from SCRAM JONES (MARIAH CAREY / G UNIT), STYALZ FUEGO (CHAMILLIONAIRE / BUSTA RHYMES), Q-TONES (LIL WAYNE) and more. Lowkey’s unique charisma acts as the saccharinely sweet delivery for the powerful, political messages that are delivered within many of the songs on the album. From the captivating story of ‘Relatives’ to the banging reggae tinged ‘Tell Me Why’, ‘Dear Listener’ is sure to be a late addition to be a classic. The incredible ‘Revolution’ hints at the collaborations to come, with an entirely beatboxed instrumental from FAITH SFX and guest vocals from JON McCLURE of REVEREND AND THE MAKERS.

Keep your eyes peeled Lowkey’s involvement in a supergroup band project named MONGREL. With Lowkey as the lead emcee, the band also includes members of the ARCTIC MONKEYS, BABYSHAMBLES and REVEREND AND THE MAKERS.

Wretch 32’s current single Be Cool and album Wretchrospective are also out. Chek.